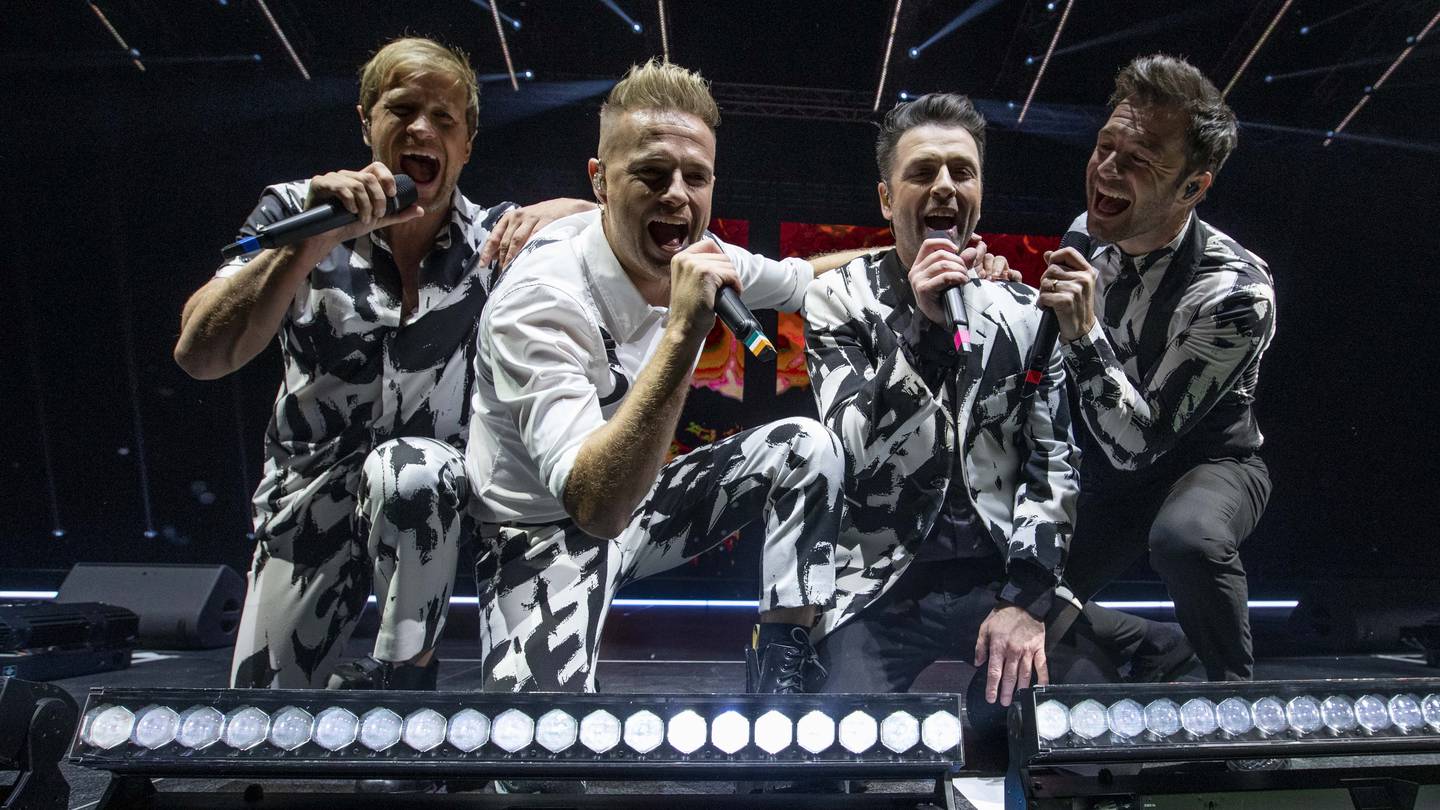 Irish boy band Westlife’s show at the Etihad Arena on Thursday night, part of their Wild Dreams tour, was a dream come true for any fan of the noughties pop group.

The venue was ideal with its high ceilings, pristine acoustics, air conditioning and easy parking, but the band also started at the right time with energy so intense people were jumping in the second song.

Westlife didn’t wait too long before playing a fan favorite Billy Joel cover Uptown Girl, which the audience sang along with in such perfect pitch that even the band was amazed.

The group continued to sing old songs, e.g When you look like this and Cheat again as well as unexpected versions Mamma Mia! and dancing queen, much to the delight of the fans.

Unsurprisingly, fans in the stadium, which was about 80 percent capacity, quickly began dancing with each other, pausing only for about 30 seconds to shout enthusiastically when the band asked, “Anyone here from Ireland?”

One of the many highlights of the show was a spontaneous appearance by Dian, an Indonesian woman who had captured the group’s attention by holding up a sign with a three-point checklist:

3) Take a photo of Westlife

His dream of seeing and meeting the band came true, but the group members also serenaded him and took selfies and short clips for his family and friends.

Westlife’s first Abu Dhabi concert was a big deal for thousands of fans like me who grew up listening to songs that stood out from the crowd back when boy bands like N’Sync and the Backstreet Boys were in their heyday.

Unlike other musicians who change their style after a long break, songs from their 2021 album wild dreams, which the group left until the end were also warm, emotional but upbeat in typical Westlife style, including lyrics that are easy to remember and sing along to.

Despite a time away from the spotlight from 2012 to 2018, Westlife’s return to the stage and even into the hearts of fans was a much-needed respite from the past two years since the outbreak of the pandemic, especially with Abu Dhabi’s new relaxed mask rules.