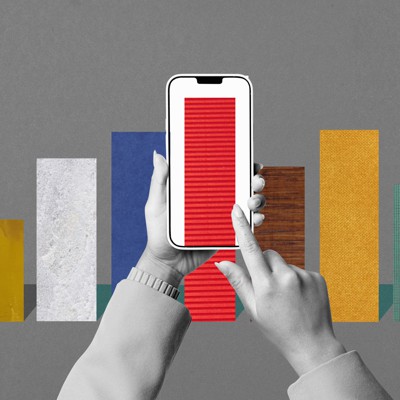 The Greenwood Initiative is a national program that aims to “accelerate the pace of wealth accumulation for black individuals and families and address systemic underinvestment in black communities across the United States,” the organization said in a statement.

According to Evans Harris, access to data on race and ethnicity has long been difficult, in part because data sets are located in different places and collection standards vary across organizations. Working with multiple populations is important to better understand the problem of racial wealth inequality, he added.

“What we know is that one or two datasets don’t tell the whole story, especially when you’re talking about something like racial wealth,” Evans-Harris said.

“The power of our work is not just to be able to provide data, but to have people use it to improve conditions and improve racial wealth equity,” Evans Harris said.

Garnesha Ezediaro, who directs the Greenwood Initiative, says that in the past few years, there has been an increased focus on addressing racial inequality in the United States, including racial wealth inequality.

“So we saw an opportunity to help be that resource and have more access to data to help make decisions about where to invest. [and] what are the opportunities to scale programs or policies or initiatives,” he said Fifty ways.

Government officials and other organizations often work with limited resources and time, and Ezediaro said he hopes the BWDC will allow them to conduct research and analysis that would otherwise take hours, days or weeks to conduct.

“For too long, those involved in developing meaningful programs to address racial well-being disparities have had to use the critical resources of our organizations to seek out and access the data we need to support our work,” said Gary Cunningham, president and CEO. Prosperity is now in the statement.

The launch of the tool coincides with the federal government’s efforts to update standards for collecting, reviewing and maintaining data on race and ethnicity. The Office of Budget and Management held its first public hearing session Thursday as officials move to revise the standards, which haven’t been updated since 1997.

“Once that happens, you’ll start to see more aggregation of data and increased access to different datasets, which will allow us to create a more holistic and nuanced picture,” he said.

BWDC partners with the National Neighborhood Indicators Partnership, The Urban Institute, and DataKind for source data.