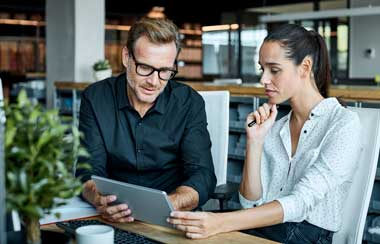 One of the most recent revelations in the Cullen Commission’s report concerned the last of the commissioner’s 101 recommendations, which calls for a new provincial regime to allow for “unexplained wealth orders” (UWO).

“Unexplained wealth orders are a promising tool in some jurisdictions to combat the illicit accumulation of wealth by those engaged in criminal activity for profit,” the report said. criminal activity starting with moving their ill-gotten wealth to British Columbia.

The idea is that if an individual is suspected of spending or transferring an unexplained large sum of money, investigators can seek a court order requiring the person to reveal the source of the money. In some cases, the UWO will allow a court-ordered confiscation. Since the start of the war in Ukraine, some countries have used UWOs to go after foreign Russian oligarchs. The UK was an early adopter, introducing legislation to allow courts to issue UWOs against individuals with large assets suspected of obtaining them without an apparent source of income.

The first target of the law was Zamira Hajiyeva, the imprisoned wife of an Azerbaijani banker. In 2020, he lost his appeal to the Supreme Court to overturn the UWO.

Jeffrey Simser, a former Ontario government lawyer who specializes in anti-money laundering, says the UWO could speed up investigations and provide another tool in jurisdictions without robust beneficial ownership rules. “Cullen said criminals are very sophisticated,” he noted. “They know which jurisdictions are uncomfortable to work in [and] they go where there is a lower regulatory bar.”

But some legal experts have raised concerns about UWO. In a brief to the commission, former Supreme Court of Canada Justice Thomas Cromwell noted that there is no constitutional reason to prevent the BC government from amending its civil forfeiture legislation to include UWOs. But, he warned, if authorities turn to the courts to issue UWOs to begin confiscation of property that could be used to commit crimes in the future, such actions would exceed the province’s jurisdiction.

“Provisions modeled on Britain’s UWO scheme are not unreasonable infringements of any right guaranteed by the Charter,” Cromwell concluded. “However, the use of these powers raises several statutory issues that limit their usefulness in some circumstances.”

Get an understanding of the Cullen report and the potential impact of its recommendations. Plus, hear from anti-corruption expert Jose Hernandez about what CPAs can do to fight corruption and money laundering.