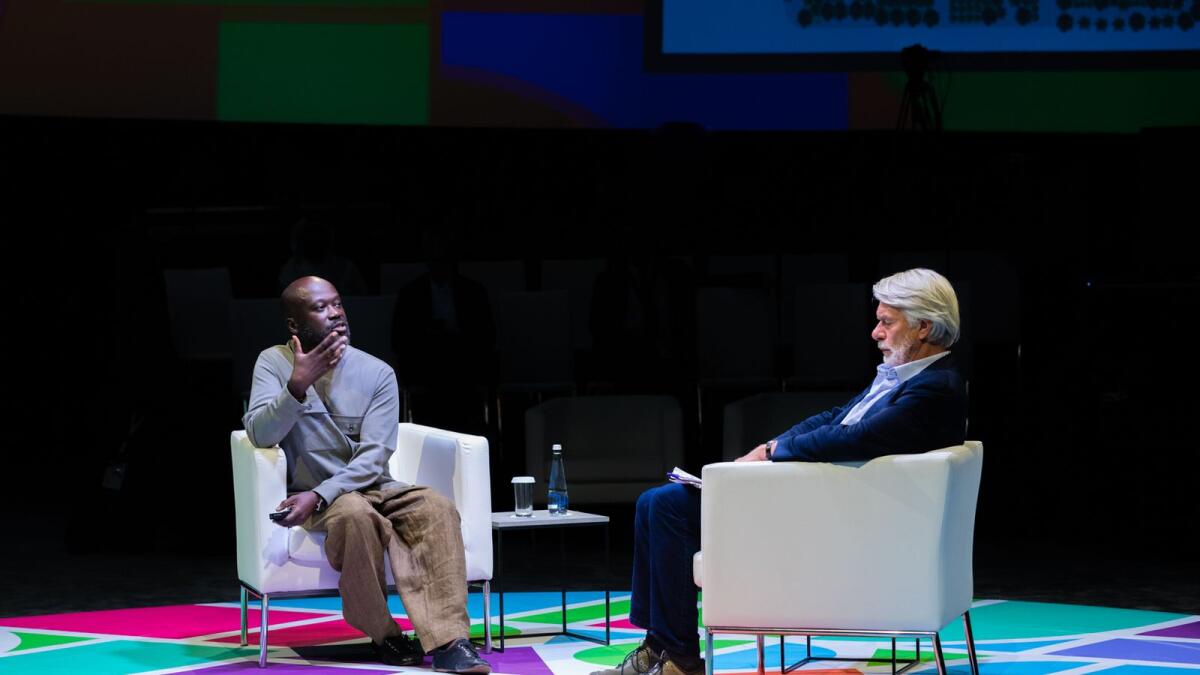 Adjaye, the mastermind behind the Abu Dhabi project, which brings together three places of worship representing different religions under the Abrahamic patriarchate, spoke in detail about what he described as a “once-in-a-generation” project. .

“Religions want to express their identity, so they create architecture that is associated with them and that spreads through history…and that becomes a style. This is the moment when the opposite was asked. So now how do you talk about all the things that are common? And how do you get them into a new form?”

Adjaye emphasized the importance of gardens and light in architecture and how an architect can create a space that connects the past and looks to the future.

“This is about respecting three extraordinary religions and their histories and cultures and their evolution,” he added.

In a separate session at the Cultural Summit on Critical Culture and Climate Change, Sumayya Vally, architect and founder of Johannesburg-based Counterspace, said: “We need to have artists and cultural thinkers at the highest levels of all institutions. We really need to include people who think differently and who think creatively, and how to change the paradigm instead of just relegating them to the realm of responding. We need to be at the forefront of change.”