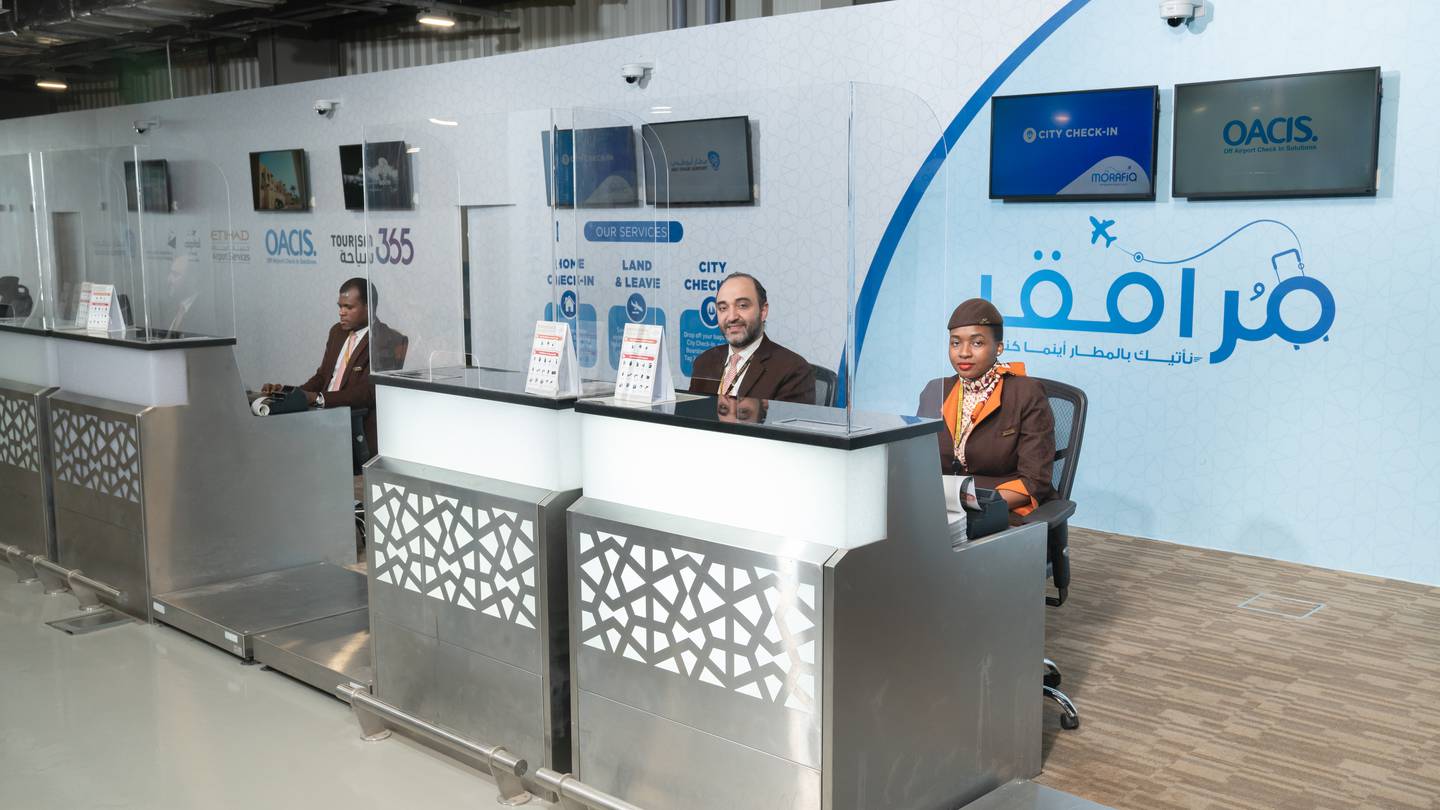 Abu Dhabi Airports has relaunched a service that allows passengers to check-in for their flight before traveling to the airport.

Check-in can be done at the Zayed Port Cruise Terminal seven days a week from 9:00 AM to 9:00 PM.

People can get a boarding pass there and skip taking their bags to the capital’s airport.

It also reduces waiting times and congestion at the main airport.

Currently, only passengers flying with Etihad Airways can use the service, but more airlines are expected in the coming weeks.

“Etihad Airways has resumed its city check-in services at the Abu Dhabi Cruise Terminal from October 19,” an airline spokesperson said.

Abu Dhabi Airports previously offered a city clearance service in the capital’s Al Zahiyah area next to the Abu Dhabi Mall, but it closed in 2019.

The new location is believed to have been chosen due to its cruise and general passenger capacity, as well as the fact that it is served by several bus lines and has plenty of parking.

The service is operated and verified by Morafiq Aviation Services National that it expected demand at the terminal to be strong during the travel boom and the FIFA World Cup in Qatar starting on November 20.

It added that it expects more airlines and the service could operate 24 hours a day if there is demand.

It is also due to the fact that passenger traffic at Abu Dhabi International Airport is increasing due to post-coronavirus demand growth and the easing of global travel restrictions.

The airport handled 3.6 million passengers in the three months to the end of June, an increase of almost five times compared to the same quarter last year

The airport said it expected to handle 13 million passengers this year, up from 10 million forecast in February. It also said passenger traffic could reach pre-coronavirus levels by 2024, if not sooner.

For more information about the city’s check-in service, you can call the terminal on 02 5833345 in the meantime.