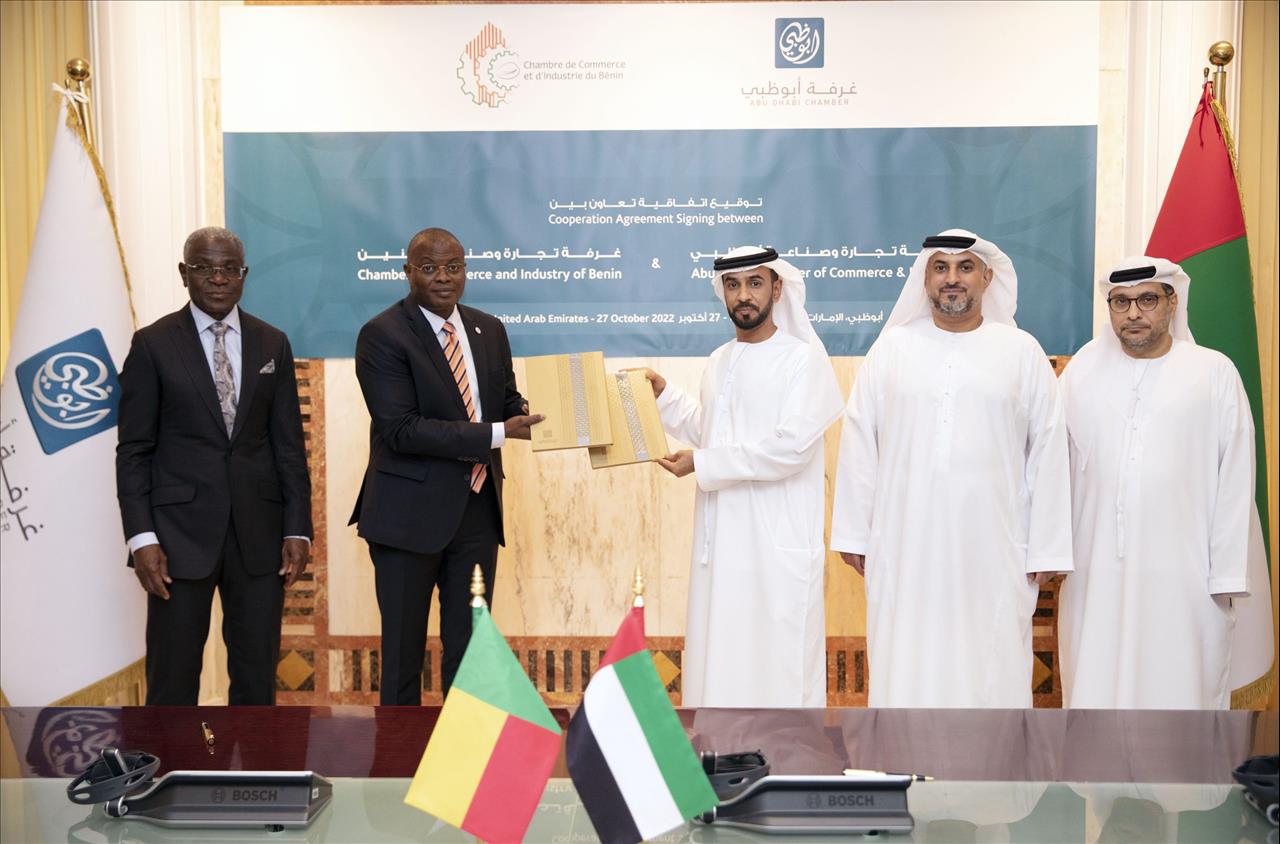 In accordance with the terms of the memorandum of understanding, the parties aim to enhance cooperation, promote investment opportunities and facilitate strategic networking opportunities between the members of the divisions. The chambers share information and expertise on trade and investment, exchange trade delegations, organize virtual events and support the launch of joint projects in investment, tourism, agriculture, healthcare and technology.

In his keynote address, His Excellency Dr. Ali Saeed bin Harmal Al Dhaheri, First Vice President of the Abu Dhabi Chamber, said: “Trade between Abu Dhabi and the Republic of Benin has grown significantly year on year and we want to achieve further growth through the partnership we have established today. Both countries are keen to strengthen trade and investment to promote economic growth. We look forward to exchanging information, expertise and exploring investment opportunities that would benefit everyone.”

His Excellency Mohamed Helal Al Mheiri, Director General of Abu Dhabi Chamar, said: “The Memorandum of Understanding between Abu Dhabi and the Benin Chamber of Commerce and Industry is key to promoting investment, tourism, technology, agriculture, healthcare and cooperation in the fields of technology. Representing the voice of the private sector, the Abu Dhabi Chamber is committed to exploring opportunities that support private sector growth in the Emirate and attract local, regional and international investment.

“We are working in partnership with the CCIB to exchange knowledge and expertise and enable members of the two chambers to achieve their business goals and improve their competitiveness in the global market,” he added.

CCIB Chairman Arnauld Akakpo said: “I would like to thank the efforts for the signing of this agreement. The MoU between the Abu Dhabi Chamber and the Benin Chamber aims to promote and develop businessmen’s trade and investment activities in the UAE and Benin. The Republic of Benin, which is an important gateway to the markets of West African countries for access, is an active member of the Economic Community of West African States (ECOWAS), which includes 15 African countries with a combined population of 350 million.”

His Excellency Moudjaidou Soumanou Issoufou, Ambassador of the Republic of Benin to the United Arab Emirates, said: “The Government of the Republic of Benin provides a number of institutional instruments and legislative guidance to attract FDI. Some of the most important sectors for investment in Benin are agriculture, export and trade of decorative stones such as marble, granite and quartz , fodder production, animal husbandry and export of tropical fruits such as pineapple, mango, soy, cashew nuts, and other products.”