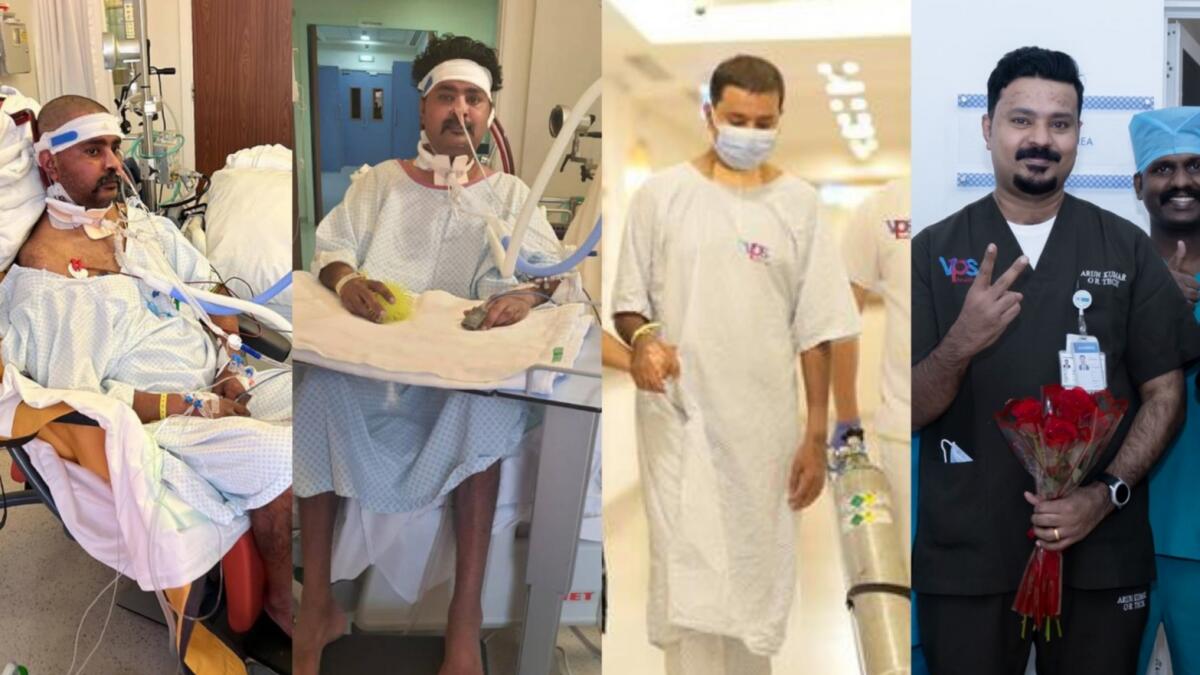 He suffered lung damage, cardiac arrest, was unable to breathe without oxygen support and was in a semi-conscious state for six months.

Joyful scenes unfolded at Abu Dhabi’s LLH Hospital as Arunkumar M. Nair’s colleagues welcomed him back to work after a hiatus of more than 15 months.

In July last year, the frontline warrior contracted Covid-19 and suffered lung damage, cardiac arrest, breathing problems and was in a semi-conscious state for six months. An operating room technician at Burjeel Holdings staged a miraculous recovery and Nair was discharged in January. However, it took him another nine months to fully recover and return to work after nearly 450 days of battling Covid-19 and recovering.

“We are thrilled to welcome back Arunkumar Nair, our frontline warrior who bravely battled Covid-19 and made a remarkable recovery,” said Burjeel Holdings CEO John Sunil. “We look forward to providing him with continued support as he settles back into work and wish him every success in the future.” 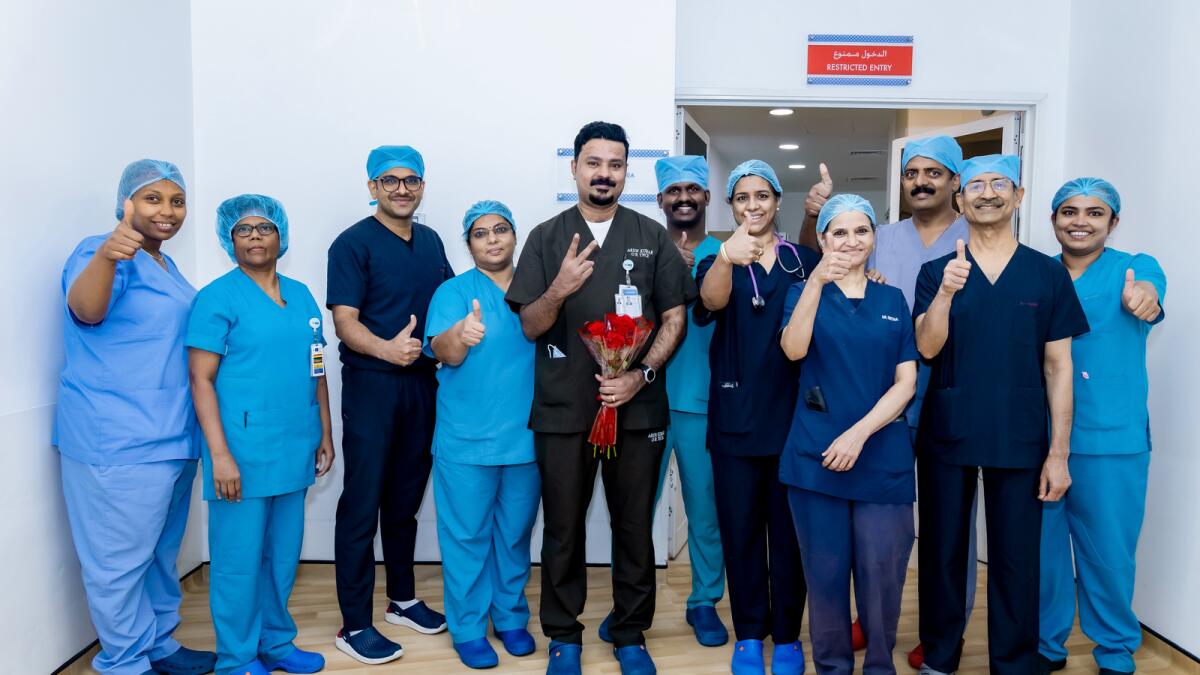 Since July last year, Nair was on long-term extracorporeal membrane oxygenation (ECMO) support and survived several cardiac arrests. After being discharged in January, he had hoped to return to work soon, but he had a long road to recovery ahead of him. He lived in an apartment near the hospital that was provided by the company to help him get medical support whenever needed.

“I wasn’t in good shape. Basic daily activities were challenges. Even going to the washroom alone was difficult for the first 2-3 months… [but] I had tremendous support from my wife Jenny in everything. It’s only been a few months since I was completely taken off oxygen support and started doing things myself, said Nair, a 39-year-old health worker from the Indian state of Kerala.

During his recovery, he also had a fever and prolonged bouts of coughing. During his hospitalization, Nair had a tracheostomy hole that was covered with epithelial tissue, and it was only a few months ago that doctors deemed him well enough to undergo a procedure to close the hole.

Dr. Tarig Ali Elhassan, a cardiac surgery specialist at Abu Dhabi’s Burjeel Hospital, who treated Nair, has been a constant source of encouragement. According to Dr. Tarig, Nair is a fighter whose strength and determination have helped him recover from a life-threatening illness.

“He has shown great improvement over these last few months. [I’m] glad to see him in better health; healing is an ongoing process and we hope he can regain pre-Covid health,” he said. 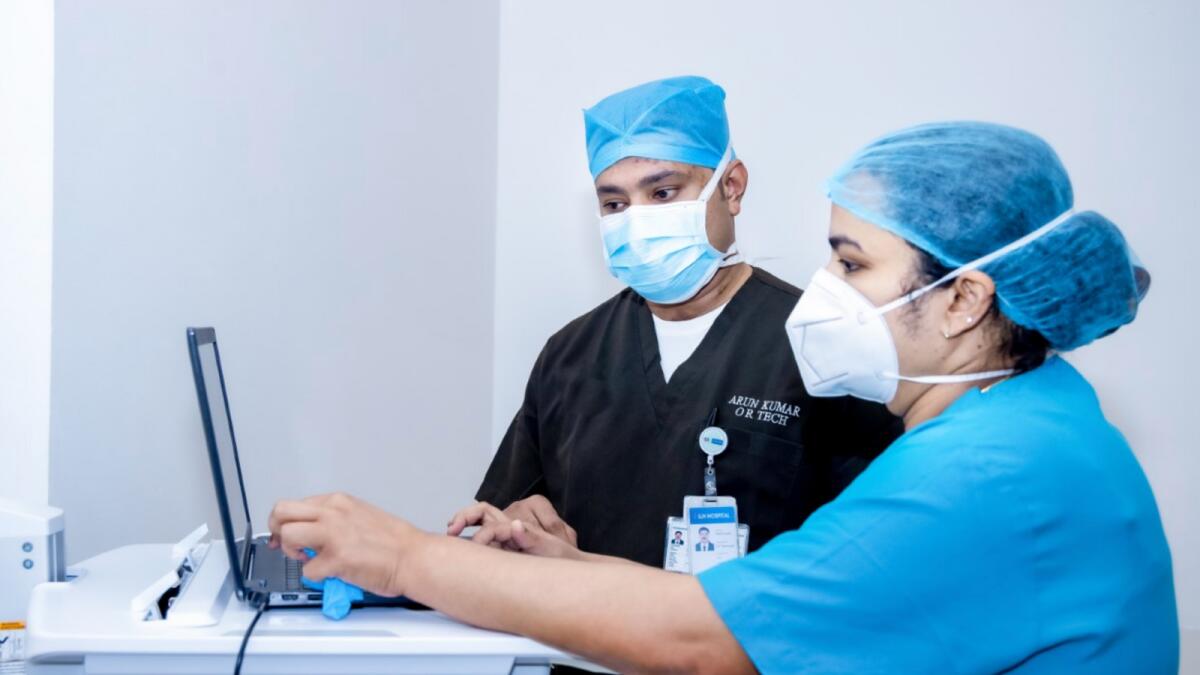 Nair became emotional as he described the support he received from his hospital and Burjeel Holdings. “I received excellent support from the management, who encouraged me to do so [move] ahead. I do not have [the] words to describe it. With the support and encouragement of my management, doctors and colleagues, I am in this position today. They were so considerate that they even arranged for me to be picked up during follow-up appointments.”

When he was discharged from the hospital last January, his colleagues gathered at the hospital to celebrate his miraculous return. He was awarded INR 5,000,000 by the management of Burjeel Holdings at a function organized by the hospital staff.

His wife Jenny is grateful for the support the family has received from loved ones during this challenging time.

“During the months he spent at home, he felt really bad. His colleagues from the hospital visited us at home and encouraged him a lot; he must be in a better frame of mind now,” he said.

Nurse Jenny is waiting for her husband to get a job so she can start working too. 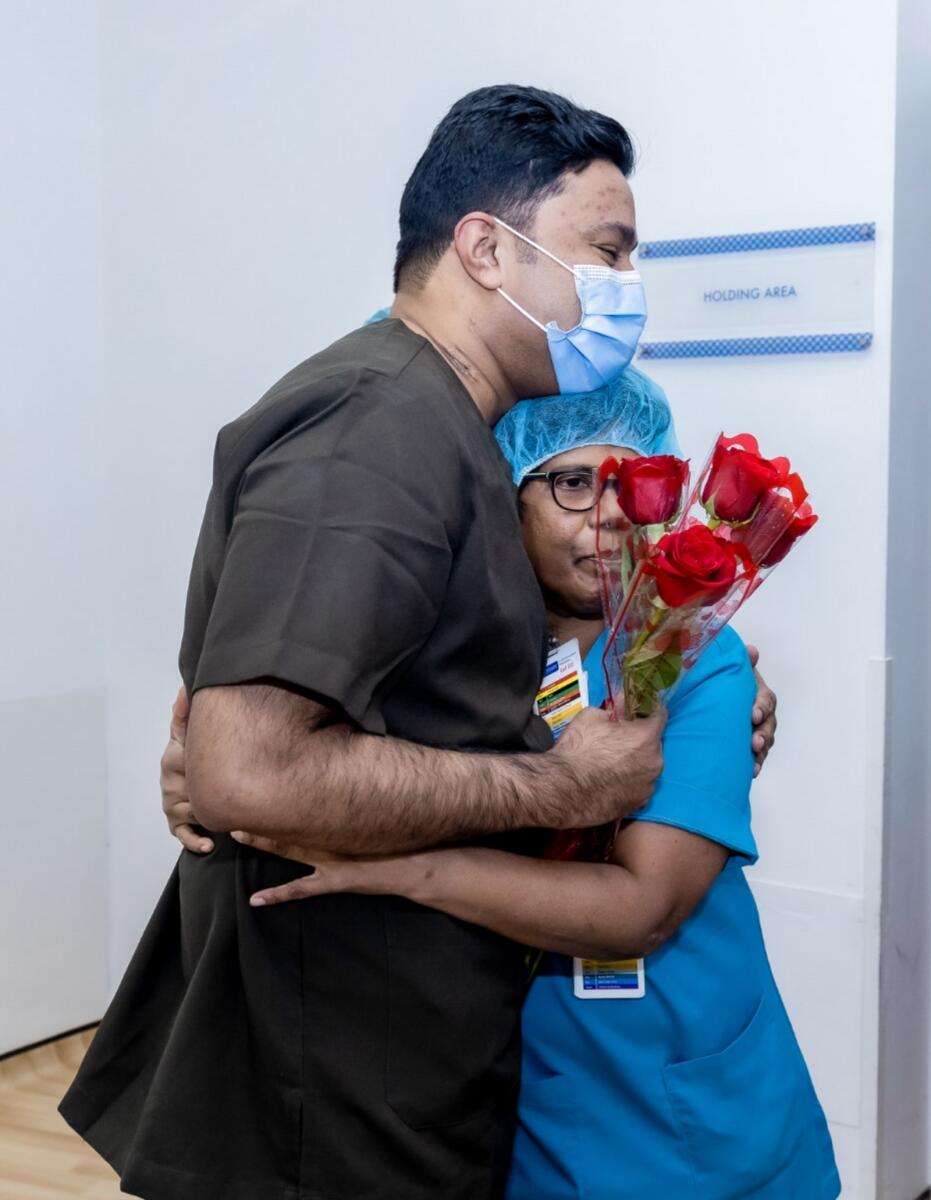 Their son Arjun has been a ray of light in these difficult circumstances. Seeing her son laughing and playing every day has brought a lot of positive energy to Nair.

“When I got to the hospital, I had a deep desire to put him in my arms and play with him. For the past months, he has been with me day and night. I consider this a great blessing in this difficult time,” said Nair.

With Jenny’s help, Nair has started going for daily walks and doing light strength training at home. He’s still eager to get back into the swing of things.

“The last few months have been an emotionally difficult experience. I am sure that the daily activities and my work will improve my mental and physical health. It gives me hope to see the world return to normal by easing the restrictions. At work I was a person with a lot of responsibilities. I know that I have limitations, but I am eager to take up all my duties again, work diligently and do my best,” added Nair.