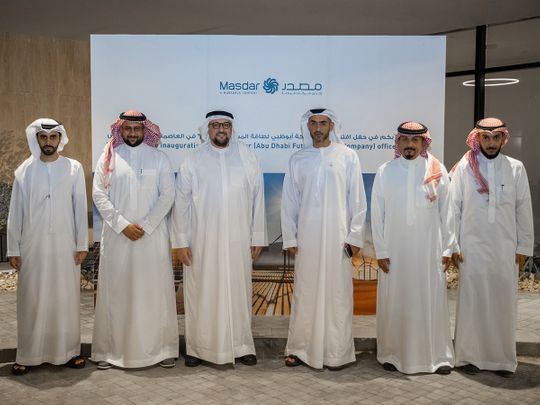 The fourth round bid is from Saudi Power Procurement Co. (SPPC).

It is intended for three wind farms with a combined capacity of 1.8 GW and two solar farms with a total of 1.5 GW as part of the country’s national renewable energy program. Saudi Arabia plans to generate 50 percent of its electricity from clean sources by the end of this decade, with a target of 58.7 GW from renewable sources.

The kingdom is also committed to cutting its carbon dioxide emissions to zero by 2060 and plans to invest more than $180 billion to achieve this goal.

Masdar is also developing the 300 MW South Jeddah Noor Solar photovoltaic power plant through a consortium that includes EDF Renewables and Nesma Company. The consortium signed a 25-year power purchase agreement (PPA) with SPPC last year for the design, financing, construction and operation of the plant. The factory will be located in the Third Jeddah Industrial City, 50 kilometers southeast of Jeddah.

In its Vision 2030 goals, Saudi Arabia also seeks to explore the development of commercial and industrial (C&I) potential for solar electricity production. “Masdar sees significant potential to target this segment through Emerge, a joint venture it established with EDF to collaborate on distributed solar generation, energy efficiency and street lighting opportunities in the UAE and Saudi Arabia,” the company said in a statement. “Emerge is actively developing a number of off-grid and on-grid projects that will be streamlined once approved by the Saudi Water and Electricity Authority.”