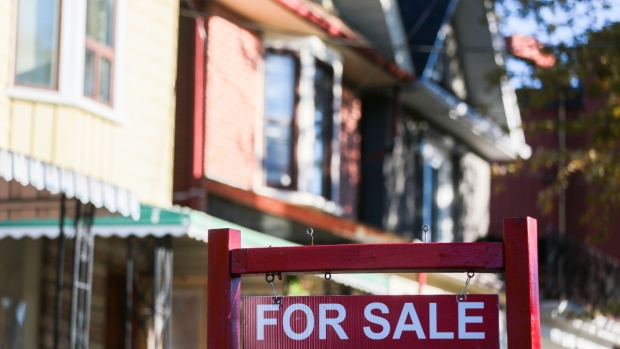 After trillions of dollars in net wealth were created during the COVID-19 pandemic, an estimated $900 billion was lost in the second quarter of 2022 due to weakening housing and financial markets, the largest decline on record, according to a recent RBC analysis.

However, the “cooling” of house prices due to rising interest rates, as well as the weakening of financial markets, led to a loss of $900 billion, or 5.4 percent, in the second quarter of this year, RBC reports.

And the bank says another recession is coming. Total net worth is expected to fall more than $1.1 trillion from the pandemic peak by the end of the year, though it will still be higher than pre-pandemic levels, RBC predicts.

“The decline in household wealth comes at a time when Canadians are experiencing higher inflation and rising interest rates,” the report said.

“This is especially true for Canadians at the bottom of the income scale, who spend most of their income on ‘non-discretionary’ or essential purchases like gas, food and shelter.”

According to the analysis, higher-income households continued to spend on non-essentials such as travel and hospitality, keeping overall spending high and adding to inflationary pressures.

The Bank of Canada raised its key interest rate by half a percentage point to 3.75 percent on Wednesday in a bid to curb inflation, with Governor Tiff Macklem suggesting more rate hikes are on the cards. The bank predicts a possible recession in Canada in the first half of 2023.

Rising interest rates and price pressures are forcing Canadians to prioritize necessities like food and gas, as well as debt, an RBC analysis says.

The RBC estimates that households should set aside 15 percent of their take-home pay for debt service alone, with half of that going toward mortgage costs.

Canadian spending appears to have picked up over the summer after picking up following Omicron-induced locks in the spring, the report said.

But deepening purchases of some select goods, such as furniture, will weigh on business, especially manufacturing, says RBC.