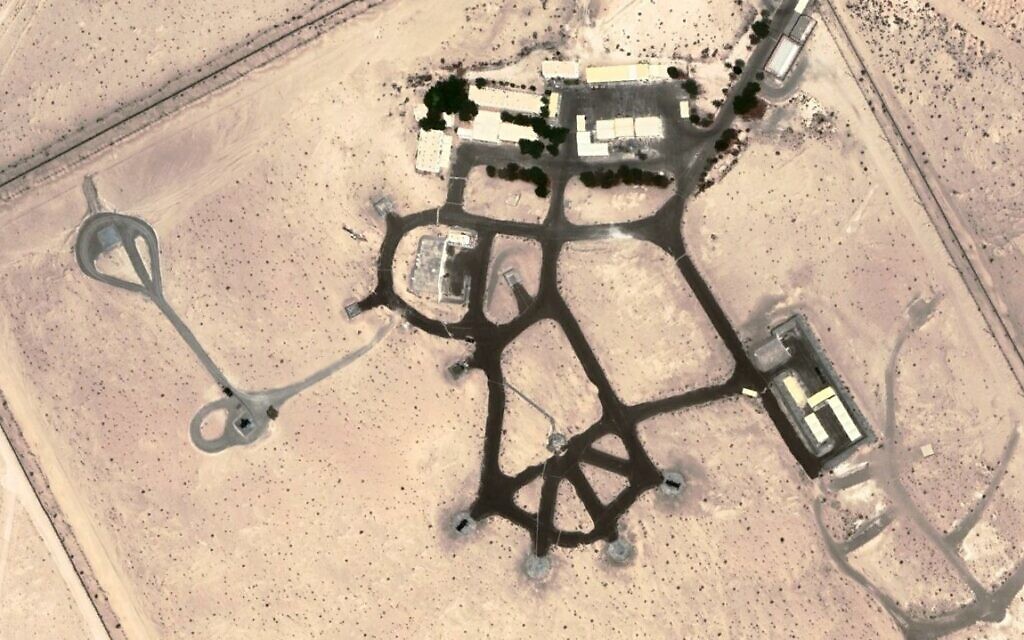 A satellite image taken in September reveals that the United Arab Emirates has used an Israeli-made air defense system to protect the country from Iranian missiles and drones, according to a weekend report.

The Tactical Report news website published an analysis of satellite images showing two Barak 8 launchers and an Elta ELM 2084 radar near the al-Dhafra air base, south of the UAE capital Abu-Dhabi.

Earlier this month, the website Breaking Defense first reported that the UAE had deployed the system, citing defense sources.

The Barak 8 system is designed to protect against multiple threats, including ballistic missiles, cruise missiles and enemy aircraft.

In July, Israel shot down a drone launched by Lebanon’s Iran-backed Hezbollah at an offshore gas facility, marking the first operational interception of drones by Barak 8 missiles from a naval ship.

The Barak 8 was jointly developed by the state-owned Israel Aerospace Industries, the Israeli Ministry of Defense, the Indian Defense Research and Development Organization, the navies of both countries, Rafael Advanced Defense Systems, IAI’s Elta Group and other local Indian industries.

In addition to the United Arab Emirates, the Barak 8 system is already in use in Israel, India and Azerbaijan.

In recent weeks, Ukraine has also expressed interest in acquiring an Israeli-made system, including the Iron Dome, to counter Russia’s use of Iranian drones and missiles during its offensive.

Israel has so far refused to supply such systems to Ukraine, apparently out of concern about its need to maintain freedom of action in Russian-controlled Syrian skies.

Earlier this year, Iran-backed Houthi rebels in Yemen launched a series of missile and drone strikes on the UAE, leading to reports that Israel was considering selling defense systems to the Emirates.

In September, a source told the Reuters news agency that Abu Dhabi had purchased Israeli systems that can counter drone attacks threatening the United Arab Emirates.

According to Israeli Defense Ministry figures released earlier this year, the UAE and Bahrain will account for 7 percent of all arms purchases from Israel in 2021.

The UAE is part of a Saudi-led military coalition supporting the Yemeni government against the Houthis. In 2019, the United Arab Emirates withdrew its forces from Yemen, but it remains an influential player. 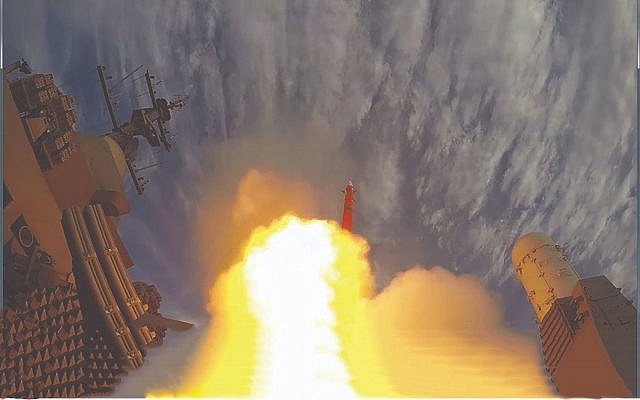 The Barak-8 missile developed by Israel Aerospace Industries (IAI) was launched during the test. (IAI)

There have been several reports this year that Israel and its regional allies are working to develop a joint defense system to protect against the threat of Iranian drones and missiles.

Israeli air force officials said Jerusalem is working on a possible alliance with its Middle Eastern partners, and the two countries have also recently developed joint systems to detect missile and drone threats.

And in June, Defense Secretary Benny Gantz said an air defense deal “already in place” between Israel and its regional allies had helped destroy Iran in ways he did not disclose.

The idea of ​​a joint air defense system between Israel and its Arab neighbors was raised at the Negev summit of the foreign ministers of Israel, the United States, the United Arab Emirates, Bahrain, Morocco and Egypt in March. It was also reported in the negotiations between the United States and Saudi Arabia.

Israeli military officials have said they have seen an increase in Iran’s use of drone strikes in recent years, calling it Iran’s “UAV terrorism.”

The Israeli Defense Forces have confirmed that they intercepted at least four Iranian drones that were on their way to Israel or the West Bank and Gaza Strip in recent years. In February, US aircraft intercepted two drones on their way from Iran to Israel over Iraq.

The IDF believes that Iran is trying to equip all proxies in its region – Syria, Lebanon, Iraq and Yemen – with hundreds and even thousands of UAVs in addition to military training.

Times of Israel staff and agencies contributed to this report.

You are a devoted reader

We’re really glad you read X Israel Times Articles during the past month.

That’s why we started the Times of Israel ten years ago – to provide discerning readers like you with essential information about Israel and the Jewish world.

So now we have a request. Unlike other news channels, we have not set up a paywall. But because the journalism we do is expensive, we invite readers for whom The Times of Israel has become important to support our work by joining The Times of Israel community.

Thank you,
David Horovitz, founding editor of The Times of Israel