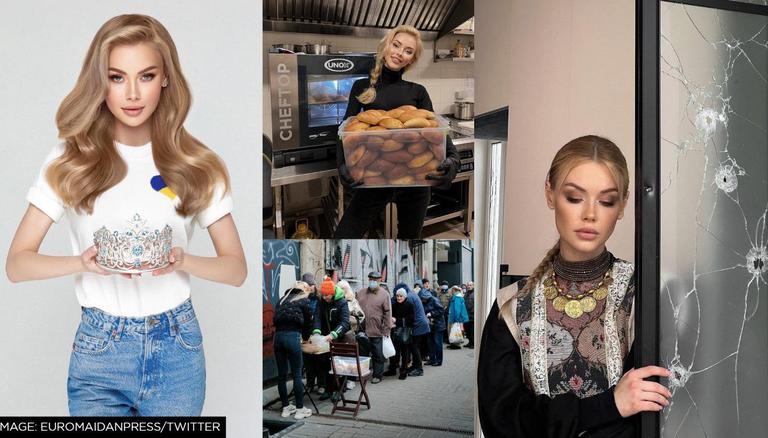 Since the Russian troops launched their ‘Special Military Operation’ in Ukraine earlier in February, Ukrainians are using all possible international platforms to show support for their country. At the beginning of this year, the Kalush Orchestra of Ukraine won the Eurovision Song Contest after they performed the song ‘Stefania’, which has now become the national anthem. Now, the war-torn country has sent a civil servant as their representative in the Miss Universe pageant. Victoria Apanasenko will represent Ukraine at Miss Universe 2022 amid an ongoing battle that has entered 115 days.

Miss Universe Ukraine describes Victoria Apanasenko as a professional model and volunteer, who helps provide food and essential medicine to children, the elderly and displaced families. The 27-year-old received a degree in social work from the Department of Psychology, Taras Shevchenko National University of Kyiv and “has a desire to help solve social problems and support vulnerable people.” She is the 1st runner up in Miss Ukraine 2021.

Victoria previously said that she “chose this job because I always had a desire to contribute to solving social problems in our society and to be able to help vulnerable communities”.

In their social media announcement, Miss Universe Ukraine also said that they have already started working with designers to create costumes for the national costume contest which “will become a symbol of the strength of the citizens of Ukraine.” He also added that they are planning a number of important social and voluntary projects together with representatives of other countries and international organizations “We hope that with the support of Ukrainians, Victoria will be able to represent Ukraine in the of the Miss Universe pageant”.

115 days since the war started

The Russia-Ukraine war has now entered its 115th day with Putin’s forces accelerating attacks in the country’s Southeast. Besides capturing large areas in the Donbas region, they have also been conducting regular, calculated and targeted attacks elsewhere in the country in attempts to disrupt western supplies. Meanwhile, the Southern Front, a pro-Putin media outlet, has been spreading false information that the Russians have successfully established peace in the occupied territories.