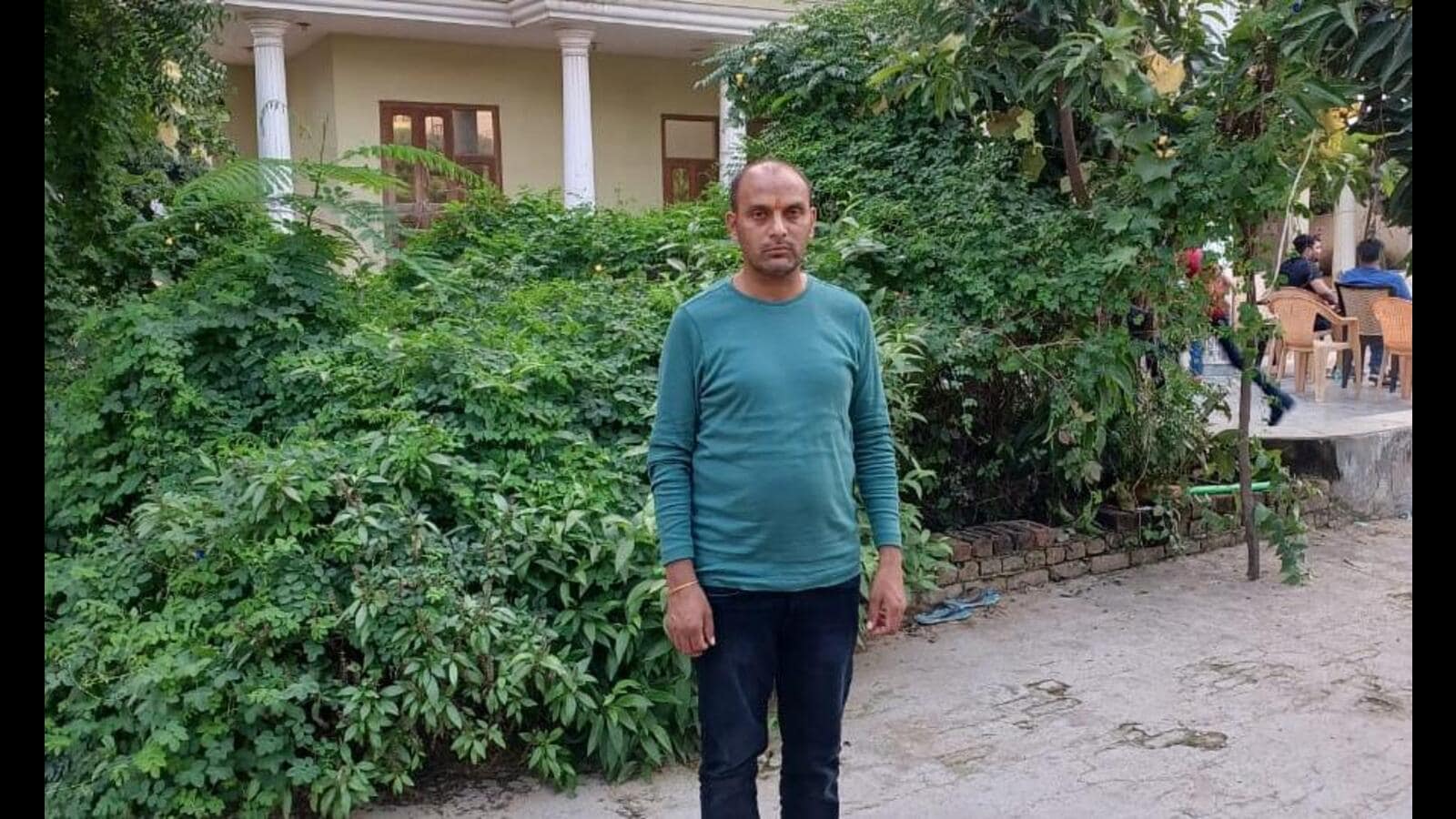 Sharing the same name and date of birth as a known criminal in Abu Dhabi led to a lot of harassment for Praveen Kumar, a Greater Noida-based businessman who was held captive for nearly four days in the United Arab Emirates.

Kumar was arrested in Abu Dhabi due to a strange identity and returned home to Greater Noida on Saturday evening. He was traveling with his wife to Switzerland on October 11 and was about to board a connecting flight in Abu Dhabi when he was arrested.

After returning home to a grand welcome from his relatives and friends, Kumar narrated to HT the entire ordeal he had to face for nearly four days, trying to explain his identity. He said his harassment illustrates the ineffectiveness of intelligence services in some countries.

Kumar and his wife left India at around 9:00 PM on October 11 and landed in Abu Dhabi at around 11:20 PM. Their connecting flight to Switzerland was at 3:15.

“Soon after landing, two Criminal Investigation Department (CID) officers from the United Arab Emirates approached me. They showed me some photo and asked if it was me. I told them it was not my photo. Then they asked me my name, date of birth, passport details and other things. They didn’t seem convinced and did a retina test as well. They interrogated me for about two hours,” Kumar said.

Kumar added that when he was checking in for a flight to Switzerland, his boarding pass and passport expired. He was asked to wait again while his wife checked in. “Five people, including CID officers, came and started interrogating me again as if I was a criminal who had committed fraud. They arrested me and didn’t even let me talk to my wife, he said.

Meanwhile, one of the CID officials informed that he should ask his wife to return to India because if she stays in Abu Dhabi for more than 24 hours without a visa, she can be arrested for illegal immigration.

Kumar asked one of the officials for one call and after several requests; he could contact the sponsor of his trip. He explained the situation and asked him to arrange for his wife’s return.

On the morning of October 12, Kumar was taken from his holding cell to a holding cell where he was held with about 50 criminals.

“They had nothing concrete to prove that I was a criminal, but they locked me up and gave me prison food that was not vegetarian, even though I am a vegetarian. So I only ate water, tea and an apple for the rest of my time in Abu Dhabi. I ate almost nothing for the next three days Kumar said.

On October 13, Kumar was handcuffed and taken to Ras Al-Khaimah, about 300 kilometers from Abu Dhabi, for sentencing. During the transfer, his possessions were handed over to him except for his mobile phone and passport. He made one more call and informed his brother to inform the authorities of his ordeal and to seek help from India.

“By now I understood that they can keep me for days unless the Indian government intervenes,” Kumar said.

Kumar was taken to the magistrate’s office on October 14, where he was identified as Praveen Kumar, but all other details were given incorrectly.

“I knew by now that the authorities were confusing me with another criminal in Abu Dhabi who had my name and the same date of birth but all other details were different and he was probably from Kerala. I explained to the judge that my passport information was completely different and it was only issued in December 2016. They asked if I had committed financial fraud, but I said that I had come to Abu Dhabi for the first time in my life. They kept insisting that I should show my older passport, he said.

The translator asked for other information, such as his parents’ names and work area in India, as well as the name of his company. He was asked to wait outside while a group of officials talked to each other.

Kumar was taken to another holding room and at around 9pm he was released and asked to leave with his belongings. When he asked for his passport, officials said it was with the CID team in Abu Dhabi.

However, at around 11pm that evening, the authorities took him to the airport, processed the paperwork and handed him over to the Abu Dhabi Police. After another day of waiting, he flew back to Delhi at 7:30 PM on October 15.

“All this time, even after clearing up the confusion, I was kept safe and treated like a criminal. I was given non-veg food even though I knew I wouldn’t eat it. Only one of the CID officials later apologized for the mistake, Kumar said.

“I am very thankful to the authorities here. I also hope that the Government of India will take strong action so that innocent citizens are not harassed and treated as criminals without any evidence,” Kumar added.