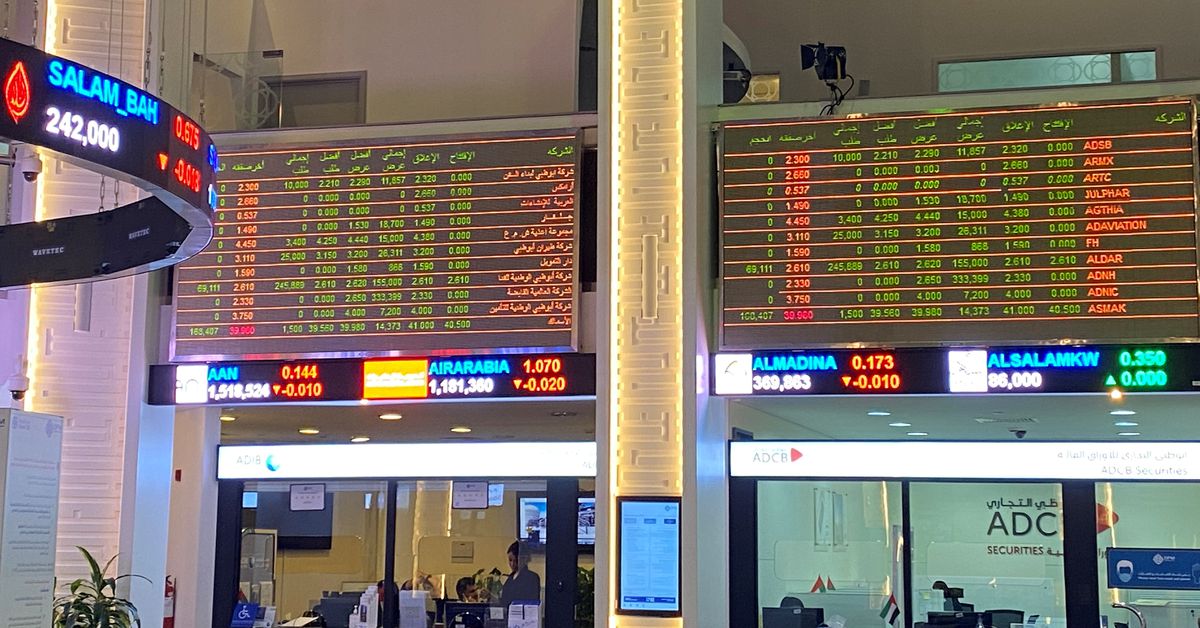 Middle East crude oil benchmarks were mixed on Friday, with Oman and Murban falling and Dubai rising during the final trading session in September.

Shares in Mashreqbank have risen following a report on Wednesday that the lender has received buyout offers from several companies for its payments unit.

However, the index fell by 3% on a monthly basis, which is the biggest drop in a month since June.

The company plans to sell approximately 550.7 million shares, or 11% of the issued share capital, including 200 million new shares issued by Burjeel.

According to data from Refinitiv, the Abu Dhabi index fell by 1.3% on a monthly basis.

Report by Mohd Edrees in Bengaluru