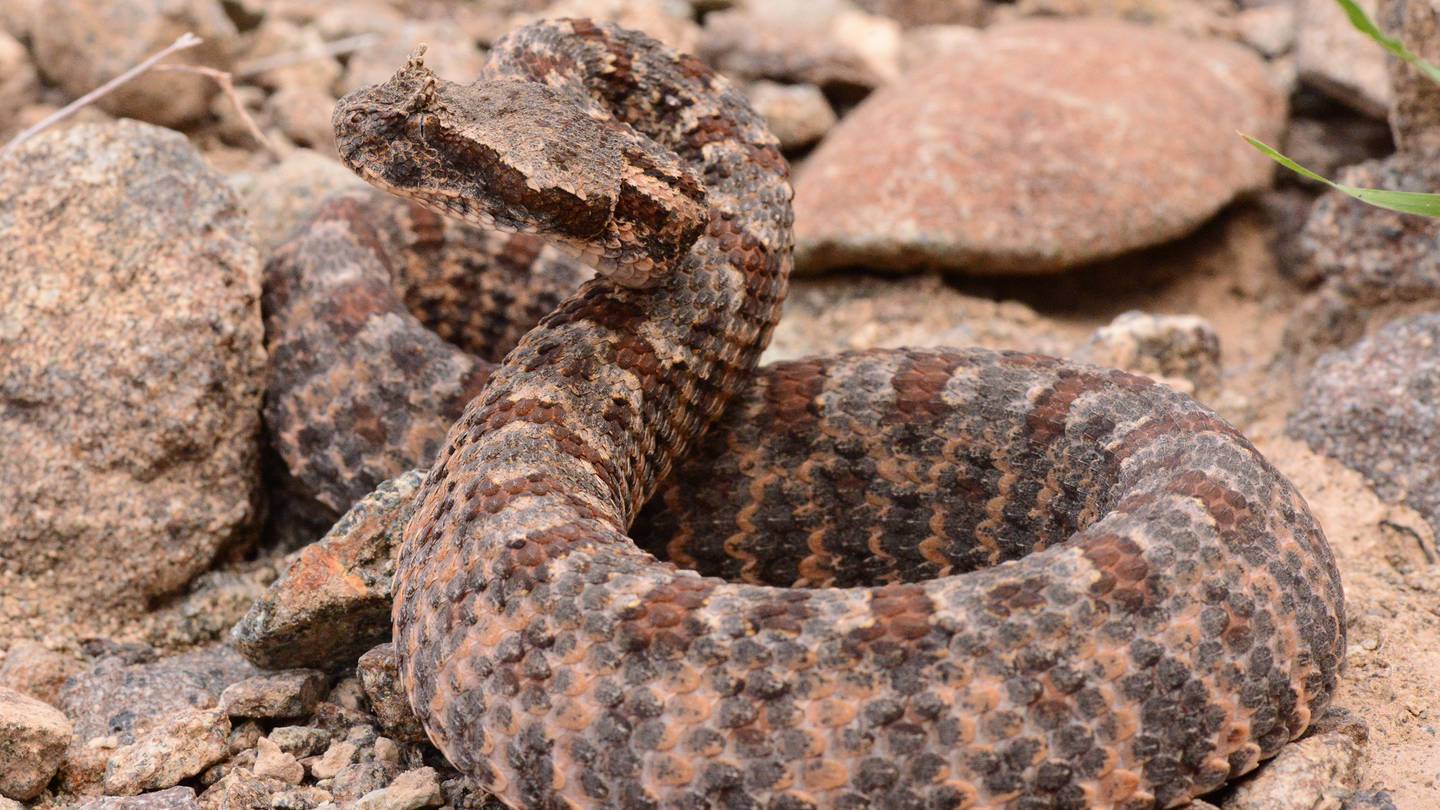 An Abu Dhabi company is helping to solve a global shortage of antivenoms used to treat snake bites and scorpion stings.

Thousands of people die every year due to the lack of antivenom, which is obtained by extracting high quality venom and pure venom from snakes, scorpions and spiders.

Based in Al Wathba, more than 45 kilometers from Abu Dhabi, Amsaal extracts venom from thousands of reptiles sourced from the Middle East, parts of Africa and Asia to export worldwide for the production of antivenom.

“We are on a mission to save lives,” said Mohamed Bashta, Amsaal’s chief operating officer. National.

We have a mission to save lives

“Poisoning caused by snake or scorpion stings can be treated if we have the right antidote. But the problem is that there is an acute shortage of poison.”

He said the company currently has a collection of 2,000 snakes from 25 different species and 45 highly venomous scorpions, mainly from the Middle East, Africa and Asia.

“The species are kept in cages in natural conditions. We extract venom from them as per WHO standards, Bashta said.

“We are currently exporting poison to countries in the Middle East and Africa, and we are also helping with drug research in the United Arab Emirates.

“The next step is to establish an anti-venom production unit in Abu Dhabi and be a leading producer and exporter of anti-venom.”

Venomous creatures of the UAE: in pictures

Lack of information on the Middle East

Around 5.4 million snakebites occur annually in the world, of which around 2.7 million lead to poisoning, according to the WHO. They cause about 100,000 deaths and three times as many amputations and other permanent injuries.

In 2017, the WHO designated snakebite envenoming as a neglected tropical disease and launched a global initiative to halve the number of deaths and disabilities caused by snakebites by 2030.

Although most snakebites occur in sub-Saharan Africa and Asia, experts say there is no official data available in the Middle East to understand the extent of the problem in the region.

He said at least 10,000 people were estimated to be bitten by venomous snakes and scorpions each year in the Middle East.

According to a 2020 WHO survey, Iraq, Jordan, Lebanon, Oman, Saudi Arabia and Yemen reported the highest number of snakebites.

There are 19 species of venomous snakes in the Middle East.

“In the UAE, most of the poisoning cases are due to scorpion stings because there are many different varieties in the desert and mountains,” said Mr El-Aziz.

“There are only three or four different snakes that are highly venomous.”

There are 13 native snake species in the UAE, but only four vipers are of concern.

Fiddler spider or brown recluse spider (from Loxosceles genus) is the most venomous spider in the Middle East and has been reported several times in the UAE.

It has not been registered in the UAE for over a decade and cases are rare.

Mr Bashta says there are only two companies in the Middle East that produce venom: the Syrian Scientific Studies & Research Center, which only produces scorpion antivenom, and the National Antivenom & Vaccine Production Center (NAVPC) in Riyadh, Saudi Arabia.

“Lack of quality venoms is the biggest problem affecting the availability of venoms in the market,” he said.

Detoxification is also a time-consuming process, he said.

One of the detoxification methods used is to expose the scorpions to a small electric current that stimulates them to release the venom.

“Separating poison from snakes is much easier. A gram can be separated from 20 snakes, and therefore snake venom is cheaper, Bashta said.

“The price depends on the rarity and danger of the species.”

The extracted venom is stored in temperature-controlled laboratories to avoid damage.

“It’s a dangerous business. But it’s also an important lifesaver. Our goal is to make our environment safer and ensure that people all over the world have access to affordable antivenoms.”