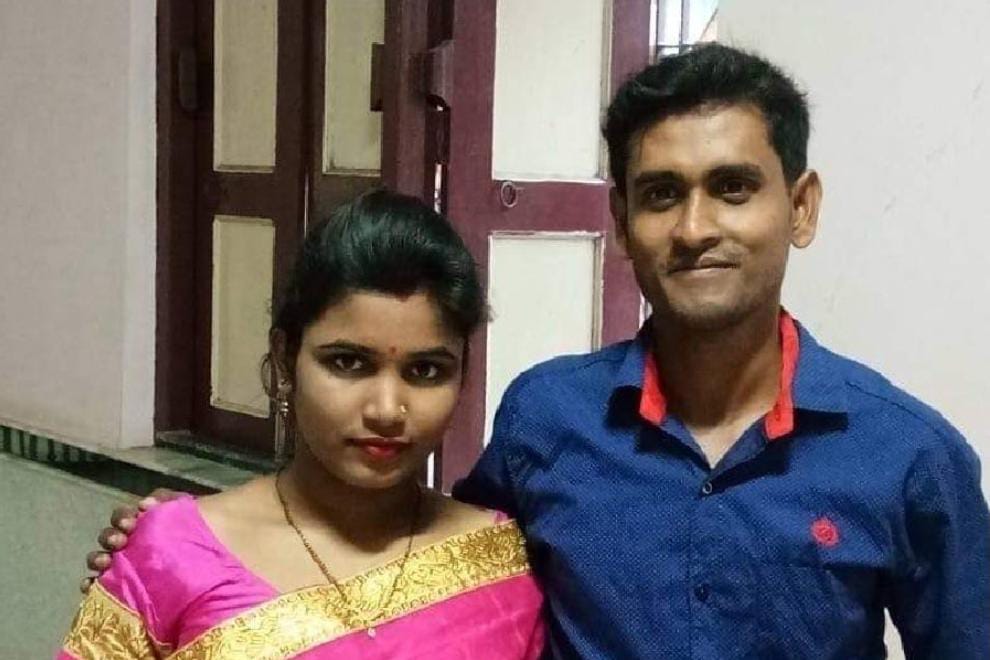 News broke that a migrant labor couple, Palash Adhikari and Shukla Adhikari, along with their one-and-a-half-year-old child, were arrested for falsely calling themselves Bangladeshis from Teli village of Jurgram Panchayat under Jamalpur Police Station, East Burdwan, West Bengal. A storm of protest

Within a month of seeking livelihood opportunities in the southern state of Karnataka, he was falsely arrested by Karnataka, falsely calling him a ‘Bangladeshi’.

In June 2022, the Adhikari couple left home and went to Karnataka for work, living in a rented house in Bangalore for a few weeks. Earning a daily wage of Rs 300-400 per day, collecting and disposing waste plastics lying in public places (hotels, restaurants, cinema halls etc.), their meager standard of living was rudely interrupted on July 27, 2022.

It is reported that suddenly, randomly, Bengaluru police have arrested some others in Varthur PS/Case No-165/2022 case of the same area, alleging them to be Bangladeshi suspects. He remains in custody till today.

After the Anandbazar press reported on the plight of the migrant labor couple, there was uproar and outrage in West Bengal.

Meanwhile, the Sabrang India team contacted the officer’s family to get more details. A large part of the people of Telli village of Jurgram Panchayat under Jamalpur Police Station in East Burdwan earn their livelihood through wage labour. As an extension of the same pattern, Palash and others moved to Bangalore with his wife and son in anticipation of additional income. Palash lived with his family and neighbor Sunil Adhikari in a house in Sulibela under Vatur police station in Maratalla sub-division of Bangalore. It was there that he started working on the issue of recycling waste. That was until he was arbitrarily arrested on July 27. Tragically, along with the Adhikari couple, their little boy Adi Adhikari who is only 1 year and 6 months old has also been arrested!

Palash’s father Pankaj Adhikari and mother Sabita Adhikari spoke to SabrangIndia and said that Palash and his wife and their child were arrested for the sole reason of speaking Bengali. The others arrested were released after showing their Aadhaar card, PAN card and voter ID card, but Palash and his family are still detained by the police.

Palash’s parents have publicly appealed to Bengal Chief Minister Mamata Banerjee to immediately help and ensure his release. Sujan Haldar, Palash’s relative (brother-in-law) told Sabrangindia, “After learning about the incident, I went to Karnataka but could not do anything.” It is also difficult to communicate with lawyers because of the language problem,’ he said. The bail application was filed and the first hearing was held on October 25 and now the hearing will be held on October 31.

Meanwhile, All India Trinamool Congress (TMC) MLA, Jamalpur Assembly Constituency Alok Kumar Majhi told SabrangIndia “Palash and his family are permanent residents and voters of Telli village in my assembly constituency. He also has all proofs of Indian citizenship. Even so, it is surprising that the Bangalore police have taken him into custody. “

“Currently we have holidays around Kali Puja and his family informed me about this tragedy during this period. As soon as the holidays are over, we will take necessary steps and do our best to release him,” he said.

Bengali speaking workers likely to be banned from Bengaluru apartments, what next?