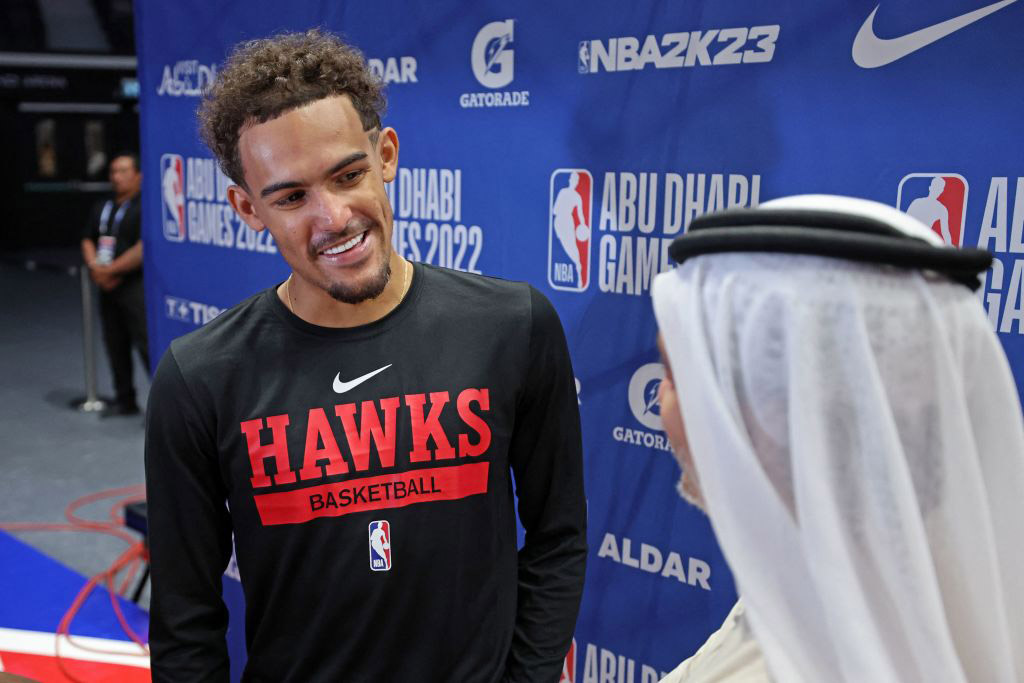 The NBA Abu Dhabi Games 2022 will see the Hawks and Bucks play two games at the Etihad Arena on Yas Island, marking the league’s first games in the UAE and Arabian Gulf. The first game ends at ET on Thursday and the second at ET on Saturday. The NBA has a long presence in the region, having staged games there for 35 years and seen several notable players – Kobe Bryant, Hakeem Olajuwon and Dikembe Mutombo – visit the UAE for clinics and fan events. League leaders see this week’s games as the culmination of more than three decades of work to grow the game in the region. “We play games there, we’ve played games in virtually every region around the world,” NBA assistant commissioner Mark Tatum told the SBJ. “A big part of our strategy is to make sure people can touch and feel the game because we know that has an impact on growing the fan base.”

EXPANDING FOOTPRINT: Fans can participate today through Sunday in the NBA District, an immersive, interactive event showcasing music, media and art related to NBA culture. The NBA also runs a series of youth basketball engagement programs in partnership with the Hawks and Bucks. The league’s first Jr. NBA Week in the Middle East runs until Sunday and will reach nearly 2,000 youth, coaches and stakeholders from the UAE, Middle East and Europe. Events will feature Hawks and Bucks players/coaches, NBA and WNBA legends and more. The games will be shown live in the UAE and the Middle East and North Africa on beIN Sports, The Sports Channel and NBA League Pass. Marketing partners include Gatorade, NBA 2K23, Nike, SAP, Tissot and Visit Abu Dhabi. “The Bucks and Hawks will hopefully spread the goodwill and joy of NBA basketball in an area with a significant population,” Hawks general manager Steve Koonin told the SBJ. “When you look at Abu Dhabi and the UAE that have the resources to really use sport as a way to continue to grow their country and their culture, this is the perfect time to expand our footprint.”

STAY STANDING: This week’s activities around the games are: