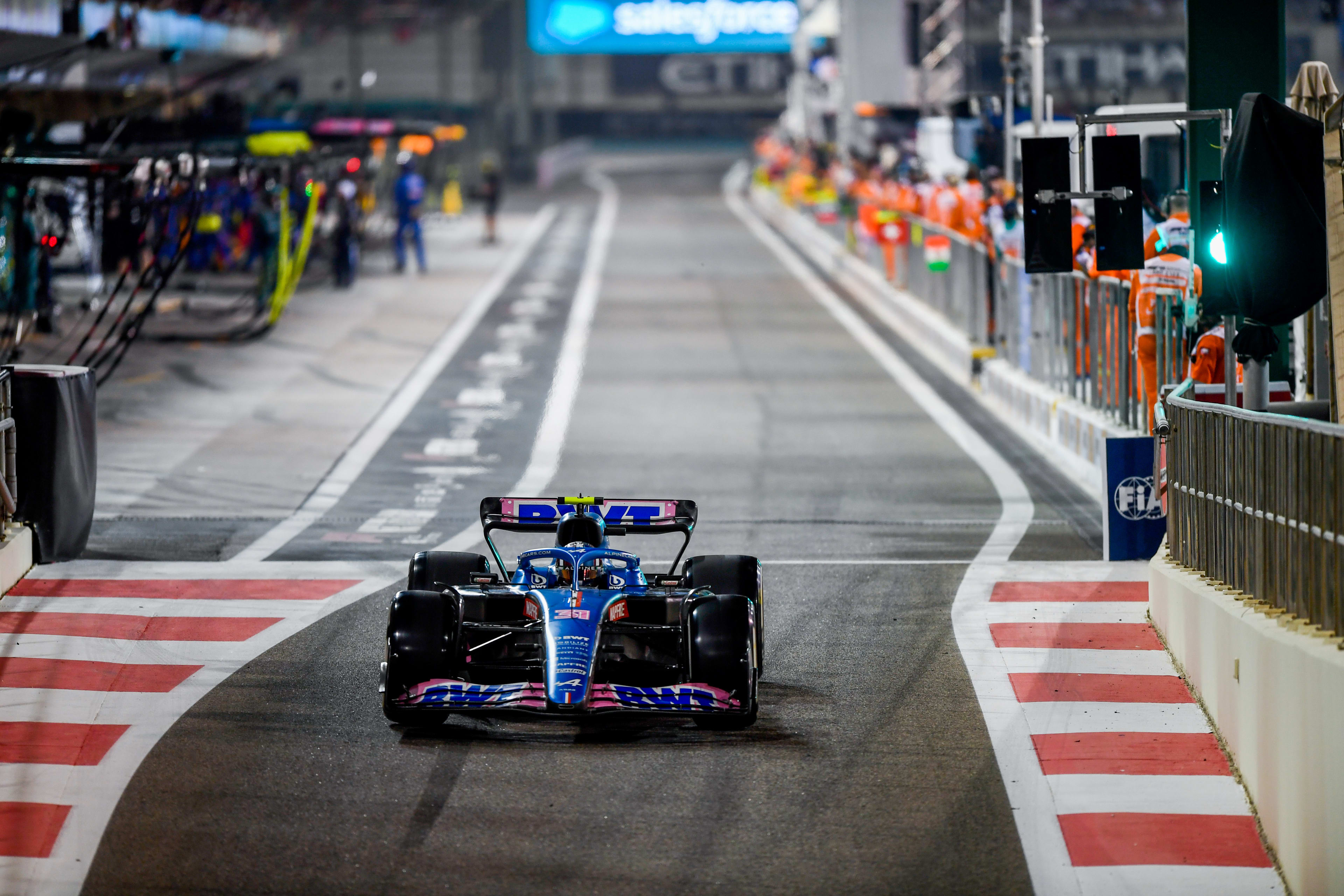 Esteban Ocon capped what he called a “very satisfying” year by finishing seventh in the season-ending Abu Dhabi Grand Prix – before reflecting on his thrilling wheel-to-wheel battle with Sebastian Vettel.

Ocon started solidly from eighth on the grid and maintained his position until a hard tire pit stop at the end of lap 12 of 58. He continued to make steady progress throughout the race, rising as high as seventh before the re-run. hard tires.

The French driver then returned to ninth before passing Daniel Ricciardo’s McLaren for eighth, before Lewis Hamilton’s retirement saw him move up to seventh, capping a strong season for Ocon and Alpine.

READ MORE: ‘It’s a bit sad to end like this’ – Alonso aims for ‘good deal’ with Aston Martin as Alpine stint ends in retirement

“Very satisfying, I’m very happy that the year has ended this way,” said Ocon. “We finished fourth in the constructors’ series”, all the goals we set for ourselves are now done, thank God for that.

P7 for Ocon in Abu Dhabi was ‘very satisfying’

“You know, one more lap and we could have had Landon [Norris]; he fell out of those mediums, but very good work from the whole team. I’m very proud of how we improved over the course of the season and hopefully we can improve even more next year.

MONDAY MORNING CLEANUP: Why strategy wasn’t kind to Vettel in his swansong race

Ocon was involved in a wheel-to-wheel battle with the departing Vettel in the early stages of the race, which the Alpine driver admitted was “a lot of pressure” as he sought to avoid contact with the four-time world champion.

“Yeah, it was a nice little fight with Sebastian, a lot of pressure on myself,” Ocon said. “I don’t want to be the one to touch him or something like that in his last race, but no, it was clean; we gave each other space and it was a very nice ending.”