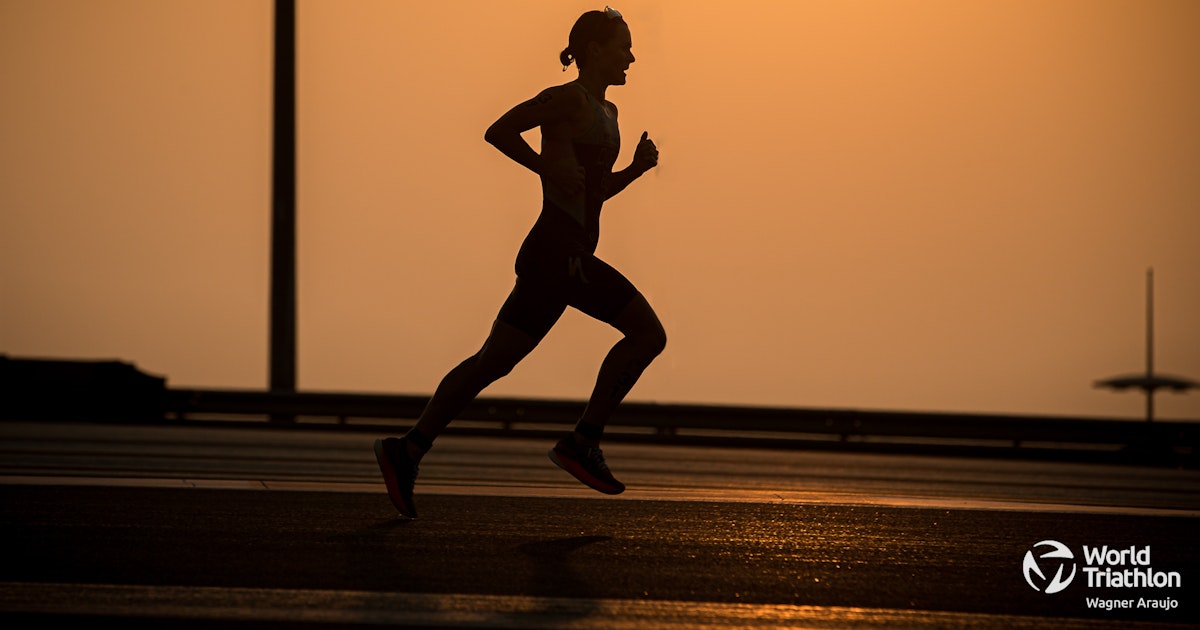 With the World Triathlon Championships presented by Daman in Abu Dhabi less than a month away, the Abu Dhabi Sport Council and World Triathlon announced the participation of top international Olympic and Paralympic medalists in November’s event, bringing world-class star power to spectators in Abu Dhabi.

In a star-studded field of men’s competition, Abu Dhabi welcomes the men’s podium from the Tokyo Olympics – Kristian Blummenfelt (gold medalist from Norway), Alex Yee (silver medalist from Great Britain) and Hayden Wilde (bronze medalist from New Zealand) – who will compete for the title of world champion from 23-26. November at Yas Island.

With an early reputation for running sub-14 minute 5km times, Yee has been a crowd pleaser at next month’s sports show. A seriously strong competitor, the 24-year-old triathlete and distance runner won both men’s triathlon silver and triathlon mixed relay gold at the Tokyo 2020 Olympics. He is also the 2022 Commonwealth Games champion and is currently ranked second in the world behind New Zealand’s Hayden Wilde after winning three stages of the World Triathlon Championships this season.

Haiden Wilde, who comes from a mountain bike background, is currently number one in the world. After winning in Montreal and Hamburg earlier this year, Wilde has decided not to compete in the World Triathlon Series Cagliari and Bermuda, the last two races in the series before the championship final in Abu Dhabi. Instead, he will arrive in Abu Dhabi on November 1 for a solid training session in the capital with the aim of taking home the world title at the end of the month.

The 25-year-old was a two-time XTERRA U19 and World Triathlon U23 Cross Triathlon World Champion before switching to full triathlon to pursue his dream of competing in the Olympics. In 2021, Wilde achieved just that when she competed at the Tokyo Summer Olympics with an outstanding bronze medal.

In 2021, Blummenfelt made sports history by becoming the first male triathlete to win the Olympic and World Championships in the same year. A powerful rider with a fierce competitive edge, his relentless streaks have steered him to his most successful season yet in 2021, starting with a brilliant win at WTCS Yokohama, ending with championship final glory in Edmonton – and not forgetting gold in Tokyo. between.

Britain’s Georgia Taylor-Brown and Bermudian triathlete Flora Duffy, who also confirmed they will compete at November’s world triathlon championships, are just as hot on the women’s Olympic podium.

Triathlon sensation Duffy began competing in triathlons at the age of seven and quickly rose through the ranks of the sport – and the World Triathlon Development Program – to become the first ever Bermudian Olympic gold medalist in Tokyo. With a seriously decorated sporting career, Duffy’s most important achievements include the 2018 and 2022 Commonwealth Games champion, the 2016, 2017 and 2021 world champion and Tokyo Olympic champion.

The only athlete missing from the women’s Olympic podium is USA’s Katie Zaferes, who recently gave birth to her first child.

Taking the Paralympic podium will be Dutch sports machine Jetze Plat, who has been undefeated at world triathlon events since 2016 when he won both the Paralympic and World Championships. Also confirmed are USA’s Allysa Seely, gold medalist at the 2016 and 2020 Summer Paralympics, where she defended her title in the paratriathlon, and Kendal Gretsch, who has the unique honor of winning gold medals at both the Summer Paralympics and Winter Paralympics. A true athletic sensation, Gretsch is a triathlete, biathlete and cross-country skier, and became a famous Paralympic champion in the women’s PTWC paratriathlon competition when she defeated reigning world champion Lauren Parker to claim the gold medal.

Great Britain is represented by four-time Paralympic athlete Lauren Steadman, who has competed in both swimming and paratriathlon.

Commenting on his participation in the finals of the upcoming championships, world number one, Wilde said: “The last few years have been incredible. An Olympic medal is a unique feeling that few people experience. Behind this achievement was a long journey and countless hours of training, but every lover of this sport understands that triathlon is worth it.

”This year I won silver at the Commonwealth Games 2022, so what better way to end the year by being crowned world champion in Abu Dhabi? The competition will be tough – especially from Alex (Yee). We’ve enjoyed some great battles on the racetrack, so I can’t wait to go head to head again! I’ve decided to prepare for the World Cup by coming to Abu Dhabi for a month before the competition – I’ve heard the training facilities are fantastic so I’m hoping it’ll be the perfect lead-in for me to take home the World Championship.”

Flora Duffy said: “I’m motivated and excited to potentially fight for the world title in Abu Dhabi. For a Grand Final like this to happen I need a good score in Bermuda first. Georgia (Taylor-Brown) more than deserves her number one spot and I’m down at this stage hoping to make it exciting. This season it’s been strange, long and has had many ups and downs – post-Olympics and some Covid challenges, some injuries and middle-distance finishes, I have good memories from last year in Abu Dhabi to draw on and I expect the atmosphere to be even greater this year in a year when more triathletes compete on the weekend.

“Abu Dhabi is the best place for us, a very special place for triathletes. Last year’s World Championships here were really special. Such a strong field in all para categories, with most of the Paralympic medals coming to Abu Dhabi, is always great for our sport because it’s so many new athletes who are now at their best. It’s great to be challenged by new and younger athletes, and the Abu Dhabi competitions are a great demonstration of what we’re all capable of, explained Susana Rodriguez.