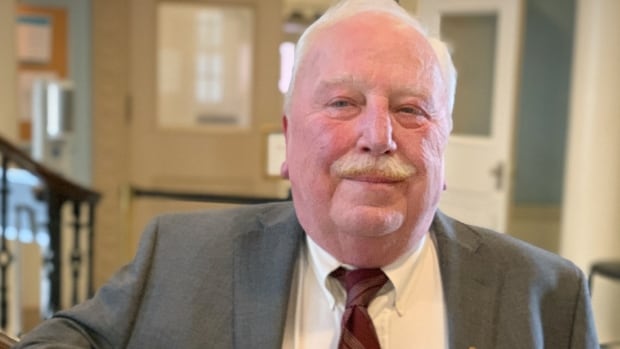 When the fall session of the Nova Scotia Legislature begins Thursday evening, Keith Bain will be in the Speaker’s chair to lead the day. How long he stays in office depends on whether Premier Tim Houston continues his attempt to oust the MLA for Victoria-The Lakes.

Although Houston suggested on Wednesday that there are no such plans, Bain posted on his Facebook page last week: “I have made the decision not to leave as requested and will accept all consequences, right or wrong.”

“I don’t think it’s right to have been given an ultimatum to resign or be kicked out,” Liberal leader Zach Churchill told reporters on Wednesday. “I think this is wrong.”

“He confirmed that the prime minister called him and asked him to resign,” NDP leader Claudia Chender said.

After a health-related announcement on Wednesday, Houston admonished a CBC reporter for asking about Bain during a news conference.

“I know you’ve really, like, personally spent a couple of days trying to fabricate a story and we’re not going to tarnish this wonderful announcement with these kinds of rumors and conjectures.”

The president was speaking to CBC reporters, who recently told members of his cabinet and members of the Progressive Conservative backbench their thoughts on Bain’s performance as speaker and whether they think he should be replaced.

At recent public events, Health Minister Michelle Thompson and Education Minister Becky Druhan would not answer questions about Bain, saying they would only deal with related questions.

“I’m here tonight to talk about health care and you know I spent some time with Keith today and I’m glad to be able to help my colleague here and really my focus tonight is health care,” he said. Thompson at the October 6th meeting in Baddeck, Bain itself.

“I don’t have anything to say about that,” Druhan said Tuesday after an announcement about a pay raise for early childhood educators. “Today’s all about our ECEs and celebrating the awesome salaries we’re setting for them.”

“I’m just a baby MLA, I have no comment,” said Danielle Barkhouse, a rookie MLA for Chester-St. Margaret’s – Ask me at another time, maybe.

“I’m here today for a board of health, so I’m not here to discuss that and we have a good board of health meeting here today and that’s my focus,” Palmer said. “I will not give an opinion about the spokesperson.”

Glace Bay-Dominion MLA John White, also up for election in 2021, would not say what he thought of Bain as speaker.

“I don’t have an answer guys. I’m going to go in there and review this meeting. This meeting is 10 minutes away so I apologize.”

Asked if Bain should be replaced, White replied: “No comment.”

To replace the speaker, a majority of the 55 deputies of the Chamber would have to approve a motion of confidence in the speaker. If successful, it would be the first time since 1875 that a Speaker has been dismissed from the Province House post.

Members of the Nova Scotia Assembly would then have to elect a new speaker by secret ballot.