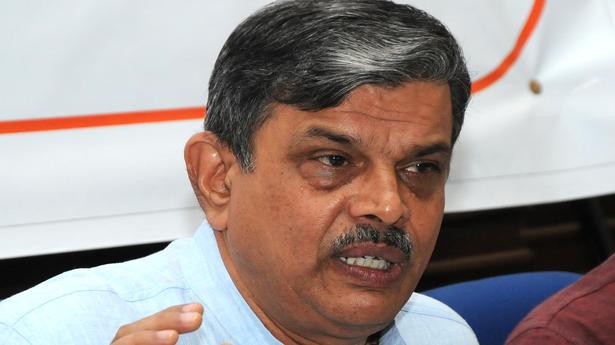 Following RSS national general secretary Dattatreya Hosabale’s statement on the state of the Indian economy, opposition parties attacked the Narendra Modi government at the Centre, blaming it for the widening wealth gap in the country.

Speaking at a webinar organized by RSS affiliate Swadeshi Jagran Manch on Sunday, Mr. Khosabale said, “Even when India manages to be among the top six economies in the world, we cannot say that all is well. The richest 1% in India own 20% of the country’s wealth, while the remaining 50% own 13% of the wealth. We have to do something about this economic inequality.”

His comments are similar to those raised by former Congress president Rahul Gandhi, who has repeated it in all his public speeches since his ‘Two India’ speech in the Lok Sabha in February this year.

Congress took credit for forcing the RSS to face reality. Congress General Secretary (Communications) Jairam Ramesh tweeted: “Look at the impact of Bharat Jodo Yatra. Today, those who are dividing the country and spreading poison to the society are raising the issue of poverty, unemployment, inequality and intending to reach out.”

In a satirical comment, the party’s Tamil Nadu MP Karti Chidambram said, “Unemployment? Rising income inequality? How can this be under Vishwaguru? I am sure the learned general secretary of the RSS is ill-informed.”

Derek O’Brien, leader of the Trinamool Congress party in the Rajya Sabha, said the opposition had exposed an “incompetent prime minister” both inside and outside parliament over the past few years. “As the weeks and months go by, they all wake up and smell the coffee. “The stench of economic decline is unbearable,” he said.

Former Karnataka Chief Minister HD Kumaraswamy said Mr Hosabale’s statement that economic inequality, poverty and unemployment are dire is a reflection of the current situation in India and also raises big questions about his claims. Ahche Dean With the Union Govt. “I am shocked by the statistics presented by RSS General Secretary Dattatreya Khosabale. 23 million people earn less than ₹ 375 per day and one industrialist makes ₹ 42 cr per hour and ₹ 6,000 cr per week!! “, he wrote on Twitter.

Elaborating further, Mr. Kumaraswamy said that one does not need special expertise to tell who has prospered and who has lost everything in the last eight years of BJP rule. “Mr. Khosabale himself said that 20 million people live below the poverty line and 4 million youth are unemployed. So who got rich in the last 8 years?” he asked.