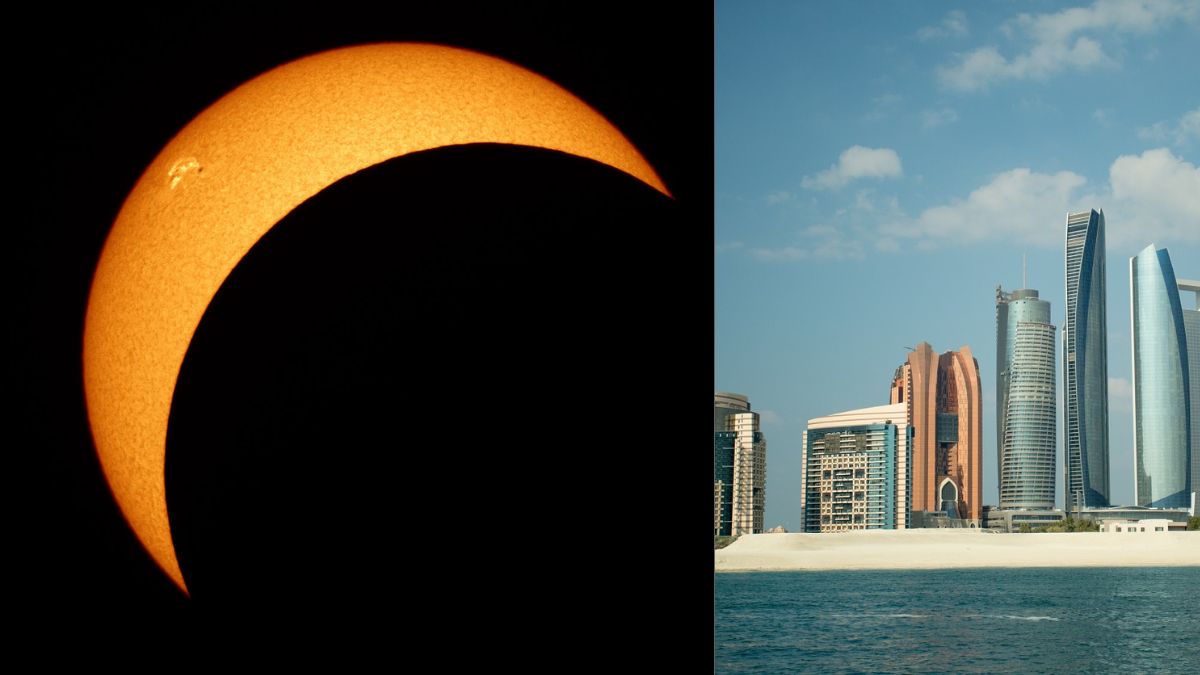 Have you ever watched a solar eclipse? If you have, you must have really been amazed by this wonder of nature. Similarly, the residents of Abu Dhabi were all stunned to witness the last partial solar eclipse of the year. The heavenly spectacle lasted about 2 hours. Well, it’s okay if you forget it, because we’ve brought you the pictures. Check this out!

The solar eclipse started around 02:40 in the afternoon and ended at 05:00 in the evening. It peaked around 3:51 p.m. The sun, moon and earth are not in a perfectly straight line during a partial solar eclipse. This way, the moon does not cover the whole part of the sun and only part of the earth is visible. The International Astronomical Center shared stunning images of what the solar eclipse looked like in Abu Dhabi. The center also shared more photos of the solar eclipse as it reached its peak. The International Astronomical Center also spotted some black dots known as sunspots.

Urgent: With the eclipse reaching its peak in Abu Dhabi, a picture of the eclipse from the Al-Khatm Al-Falki Observatory, and it appears on the edge of the lower sun. وصورة عرض تبين البعق السوارة. pic.twitter.com/WouL5l3plw

The most important facts about the event

Immediately after the Asr (evening) prayer, mosques across the country host a special prayer (Kusoof). Prayer is not mandatory, but highly recommended. According to the Dubai Astronomy Group, the next partial solar eclipse will not be seen in the country until 2027. The solar eclipse can only be observed with protective glasses. That’s because without them, your eyes are exposed to dangers like blackout blindness, vision damage, and retinal burns. Here is a video to give you a better idea.

Also read: Al Maqta Fort, located on a small island at the mouth of Khor al Maqta, is a must-see in Abu Dhabi