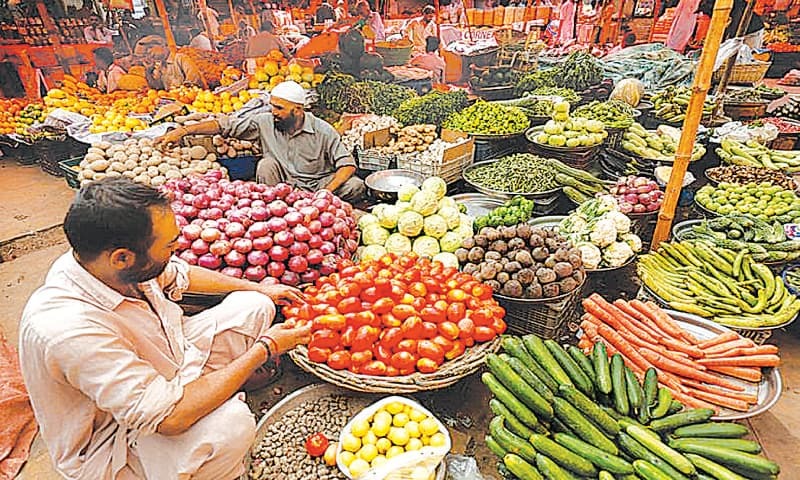 ISLAMABAD: Weekly inflation as measured by the Sensitive Price Indicator (SPI) registered a record growth of 4.13% for the combined income group in the week-on-week period ended October 27, mainly due to an all-time high. energy and food prices, according to data released by the Pakistan Bureau of Statistics (PBS) on Friday.

After rebasing, the SPI posted its second-biggest gain of 3.68% on September 22, driven by a price hike in the fuel adjustment on consumers’ electricity bills.

A World Bank report estimated that Pakistan’s average Consumer Price Index (CPI) inflation would rise to 23% in the current fiscal year from 12.2% a year ago due to higher domestic energy prices, disruptions from floods and a weaker rupee. .

The SBP has tightened its monetary policy to contain rising inflation and rapid depreciation of the rupee. Since September 2021, the central bank has raised the policy rate by a cumulative 800 bps by 15%, the highest rate since the 2008 global financial crisis.

Rising prices of crops, damage to standing crops and steep hikes in electricity rates have also contributed to fueling inflation.

The International Monetary Fund said in its country staff report that while average Consumer Price Index (CPI) inflation would rise to 20% in the current financial year, core inflation would also remain high due to rising energy prices and a weakening rupee.

The PMLN-led coalition government has projected a modest annual inflation target of 11.5% for the current fiscal year. The government revived the Price Monitoring Committee headed by Planning Minister Ahsan Iqbal, which convened only one meeting after its revival, clearly showing the seriousness of the government.

SPI monitors the prices of 51 essential items based on a survey of 50 markets in 17 cities across the country. In the week under review, the prices of 21 out of 51 articles increased, 16 decreased and 14 remained stable.